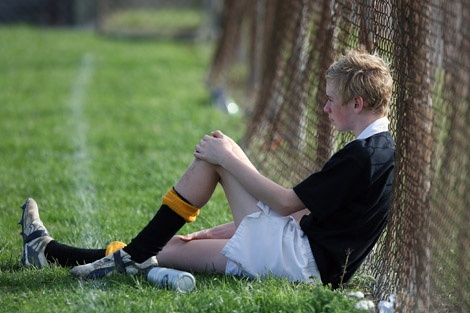 No longer a child, not yet an adult! 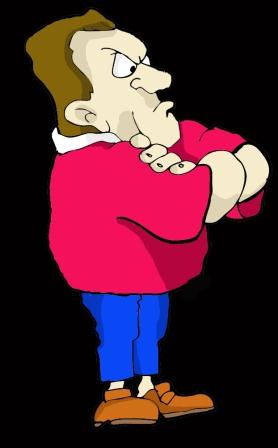 Teenagers – obviously called as the generally recognised range of 13-19 are the only numbers ending in ‘teen’ – are according to most teachers and coaches the most challenging demographic.

Numerous mental and physical changes occur throughout adolescence, and this effectively brings about the biggest challenge when coaching them, as they evolve as people and begin to think differently about the world.

In rugby, changes to their frames, as well as core strength and speed, mean that the style of play advances.

No longer are they little sprites charging for gaps or swerving to avoid being ‘tagged’, but begin learning the all-important contact aspect of the game, preparing themselves for higher levels where often learning to be hit can be the making or breaking of many a young hopeful.

Thanks to progression through the ranks, where kids play Rippa Rugby and engage in specialised Small Black programmes, by the time they become teenagers they have received a firsthand introduction to most of the fundamentals of the game.

By the age of 13, teams are playing with fifteen a side on full sized fields, have started tackling (ordinarily instructed at first to be below the nipple), while set piece engagement is being introduced (although lifting is not allowed at this level).

The fundamental core skills have been taught, so what now?

Basics are the foundation of any good rugby player, but the trick with teenagers is that they need to be consistently engaged (and interested!), so drills and practice runs need to have a fair amount of variety to keep individuals progressing.

As a coach, in this you want to challenge your teenagers, allow them to be creative and run free, for the result of this is that they will challenge you and themselves create news ways to learn and practice their skills.

There are further points to remember when teaching teenagers:

Use examples and if need be heroes…

Arguably the biggest factor overlooked with teenagers is that they will worship – as do kids – but the critical difference is while kids might idolise usually inanimate creations (Action figures, Barbie); teenagers begin to shift their attention to real people.

This can be capitalised on, as almost every young rugby player in their teens will play in a manner befitting their ‘heroes’, with clones of Dan Carter, Sonny Bill Williams, Richie McCaw and even Keven Mealamu all throughout our junior ranks.

So what use is this do you ask?

Teenagers aren’t humble, and it is a diamond in the rough indeed if you find one who will happily admit they don’t know something.

Because you need them to be on the same page as you, if your point isn’t getting across, don’t be afraid to use the examples of their idols – they might claim or argue a point against you, but watch the dissent fade if you throw in the name of someone they venerate.

Attention spans can break even after a minute or two, so make sure you constantly keep things fresh with variety and innovation.

If something isn’t working or if your teenagers aren’t reacting, don’t be afraid to change, for such alterations made throughout a session or season can be the difference between capturing and losing your audience.

Have fun – and play a game!

Don’t forget these are teenagers you are teaching, these are not the All Blacks striving to beat France at Eden Park in the Rugby World Cup Final!

Any coach at any level wants to produce the finest players possible, but the reality with overseeing teenagers is that you – as their teacher – can be disappointed if you feel the objective isn’t being achieved, which in turn lessons your teenager’s enthusiasm.

You the coach, need to have fun.

Make sure this filters onto your teenagers, and where possible (if not make it a golden rule) play a game at the end of the session, it will always give them something to look forward to.

Get to know them, and reap the benefits of association

While any distractions might lead to any coach worth their salt saying “get your minds back to the rugby!” the reality is that a connection that might ordinarily make a teenagers mind wonder - could by the same token have huge advantages for a coach.

Get to know your charges where you can away from the game, and this will give you that wonderful connection of respect where your players will listen to you – simply because you have initially returned the favour.

Other aspects may even be able to be given relevance on the field.

Many things in rugby, on attack or defence, can be given analogies to give it more association for teenagers (run as straight as a train, glide like a bird, etc); don’t be afraid to use them as they will have a better idea of what you are talking about.

Don’t forget about the parents

As it is with the junior levels, the parents are the crucial first and last link to teenagers training.

While teenagers have far more independence (imagined or otherwise) than kids, they still rely on their parents to get them to and from training.

Further to this is that the benefits of a good coaching regime will have positive flow on effects to a household – and vice versa – so keep on the same page as Mum and Dad where you can and it could mean your job is half done before they step onto the rugby field.

Most teenagers know more about technology than some adults, so while advanced rugby aspects and techniques might not have a place on the training field yet, the technology even older teams use can have relevance to the teenage generation.

Use technology to help, even if it is the most rudimentary tool like a TV and Video!

It adds another little aspect to your coaching cache, and ensures that you have another angle where you can connect with your pubescent charges and can show them aspects about rugby that they will appreciate if they can see the modern day connection.