Quite possibly the biggest news regarding the British and Irish Lions Tour from a selection perspective has been the omission of Wallabies playmaker Quade Cooper, and while most are incredulous that the flamboyant playmaker has been left out, at the end of the day the writing was on the wall a long time ago.

Without going into detail, Cooper said that the Wallabies environment was “toxic”. 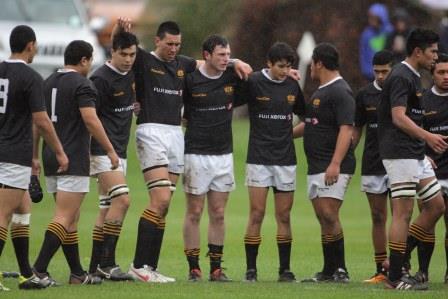 In this, the first lesson is that more often than not, a player that labels the coaching, playing or team realm as toxic – is the toxin that he or she is referring to.

Rugby coaches are not military generals, but they are the leader of the team simply because their head, no-one else, will be accountable if the side is not functioning or losing matches time after time again.

So you need to, sometimes, off the record, at all costs, ensure that the team are doing what you need them to do.  Few coaches have retained their jobs if on the chopping block by saying that it was the player’s fault.

So you will have two choices in confronted with this type of player (three if you don’t want them!):

-    How big a personality will you allow on the team?
-    How much as a coach do you want to be challenged – do you want yes or no men?

Remember that there is no one rule that benefits more than others, for while teams possessing mavericks might be able to break contests open with a brilliant play, sides possessing a collective unit that are all on the same page will often win most tactical battles – on and off the field.

First, as always when looking at a situation (that is a toxic environment), it is important to understand what constitutes this and what signs might be there that the balance, morale or attitude isn’t right with your squad:

-    People just don’t seem to get on.  Obviously not everybody does in life, but in a team environment there can be little room for ego shoving or one up man ship.  While not everyone likes each other, you can certainly prevent your team actively disliking each other.
-    There are too many situations where the plan is just not being followed, and instructions are being ignored.
-    On the field, poor reads on defence, lack of commitment in the tackle and a constant breakdown on attack can be initial signs of a team beginning to lose their harmony.  Off the field poor training can filter into the ranks, further compromising on field performance.
-    Tempers shorter than usual.
-    Back chatting to all parties – other players, coaches and referees.
-    Physical blow ups, especially during sessions such as contact work.

What should you do if you sense something isn’t going right, either with the individual or the team.

Luckily for you, as unfortunate as it may be, there are usually just one or two culprits, and if action of some kind isn’t taken, then eventually the entire team will be responsible for bad behaviour, so you’re going to need to have a chat.

-    Keep it private, initially at first at least.  Eventually you may need to involve others (other coaches, captain, the senior playing group) but for now try and deal with the situation directly.
-    Don’t mince your words, but equally don’t convict someone without compelling evidence.  A hard line is needed as you need to show zero tolerance, but there may be other issues that might not directly involve the player – such as things happening at home, etc.
-    Make sure that an individual’s ‘attitude’ isn’t just the jealous ramblings of someone else.
-    If it is, as the last line above suggests, well beyond rugby, involve other parties immediately.  Starting with family and if need be contacting other networks that might be close to the individual (church, other teachers, family).
-    Don’t just tell a player they are doing wrong, but point out how it negatively affects all and sundry.  Take selfishness for example, a common trait.  Players that carry this attitude onto the rugby field are never going to thrive as much as players who look to use others around them to enhance their game.  Often the fact that players might be ‘letting their mates down’ can be enough.
-    Set consequences, and even rewards, pending on the outcome of the first discussions.  If their attitude doesn’t change after the first chat, maybe a drop off the team list is in order.  If it does, maybe involve them in decision making a little more.

IT HAS BECOME A TEAM PROBLEM

Sometimes negative behaviour needs to be addressed within the team structure however.

-    Get your support beforehand.  Make sure the captain, for example (assuming they aren’t the problem which they should never be), knows the drill.  Imagine Steve Hansen blasting the All Blacks for drifting from the game plan and having Richie McCaw add his exclamation point afterwards.
-    Make it abundantly clear certain behaviour is not acceptable.
-    Lay out the penalties/sanctions that apply.
-    Focus on the damage it is doing to the team/framework.  If you are having this chat, it is a pretty good chance you are not threatening for your competition title.  Sides that don’t have the issues we are talking about having a huge advantage over a team that doesn’t click.

-    It is a team, from you to the players.  Lose this approach and problems will start.
-    Remember you can’t be a total authority figure as coach, as players need to carry out your instructions.  Make sure you get buy-in.
-    Defuse situations before they occur.  If you see a fight break out at training, you really need to approach the situation as if you were going to red card them in an actual match.  Make sure everyone knows who the policeman is.
-    Never put one player over another.
-    If players feel they aren’t being treated fairly (i.e. not being selected) make sure it is always clear what they need to work on.
-    You’re a team.  No favourites.