Chiefs’ success has been achieved on and OFF THE FIELD!

We don’t need to be reminded that the Investec Super Rugby Championship winning Chiefs had a fair amount going for them on the field – guided by imposing players, brilliant coaches, a stinging attack and a wonderful defence.

But Chiefs coach Dave Rennie made it clear to his troops when they first assembled they had to set some goals, and the first was to win the title.

Before the CHECK that would be applied to that achievement, Rennie, Wayne Smith and Tom Conventry, as well as the entire Chiefs squad of 30 plus the wider training group (they say that was crucial to their title win, but that it another story) and all the staff in the team’s headquarters brought onto a theory that a championship could perhaps be won early in the season.

Their remarkable hitch-hiking home from a gruelling training session prior to campaign commencement saw a deliberate merge with the wider Waikato community, and while Rennie credits on field success as a component, he said that the side had been able to get plenty of fans involved with what has ultimately been a fairy-tale for the franchise.

The culture of the team is crucial. 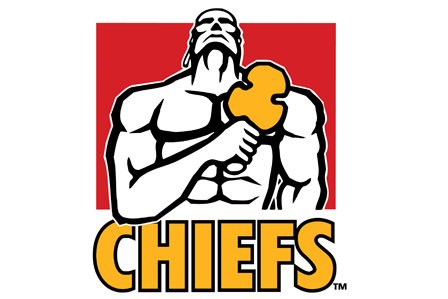 Coaching is critical, and the new Super Rugby champions certainly looked a superbly drilled outfit, but there is an emotion and spirit within the side – which some could say encapsulates their defensive attitude.

One could arguably say that the Chiefs look the most ‘clicked’ together group in the Super Rugby tournament, but this was achieved as the buzz began to permeate through Hamilton as the Chiefs hosted back-to-back finals against the Crusaders and Sharks.

Creating a culture is ensuring that, somewhat ironically, you dis-engage from coaching 100 percent of the time.

While a team that knows the plan and tactics inside and out is formidable, you need to work on the attitude, if not the togetherness of the players.

Have you ever seen a team enjoy playing in a Super Rugby Final so much?

Culture isn’t always what can be the classical culture builder – having a beer or two.

It isn’t coincidence that club houses allow a nice draught, as this allows a team to merge beyond the field, and ensure that team-mates become friends, a transition that makes a fellow player willing to do more for the other on the field.

There are other easily applied aspects that can help you build a culture off the field:

•    Use heritage.  The Chiefs connection to their Maori roots was obvious throughout
•    If it helps, use religion
•    Respect.  Doesn’t hurt to have some basic rules about how to treat your fellow man or woman
•    Standards and Rules.  This traces back to coaching, a hard working culture comes from an ethic, a desire to improve comes from motivation, and so forth
•    Work ethic.  How the team trains and prepares will have direct effects on your culture

If you still have some difficulty understanding the most basic aspect of this, then we only have to look at the World Champion All Blacks.

The Black jersey and the haka are the two most identifiable aspects, and plenty of time spent in All Blacks camp is far beyond tactic sessions or running drills, there is a connection with the culture and legacy of the team, while again, the way the All Blacks look to be involved within the community was a crucial part of the equation towards their World Cup success.

Sometimes the humble coach or their club may not have massive honour boards, their own club rooms, or a jersey with over a century of history.

Yet these aspects begin with how you and all players interact and plan your activities far beyond the coaching clipboard, never forget to give your team the culture (or continue it!) and a purpose far beyond what they do on the field.