Loving something you do is so important, and while plenty of people talk about it, using quotes likes “love what you do and you will never work a day in your life”, very few are actually able to put it into practice.

There is plenty of lip service regarding this.

Plenty of people will claim to love what they do, and on a pure psychological, saying this isn’t a bad thing. Self-belief is an important thing, and positive mental reinforcement is one of the first steps of actually doing something.

Or in the case, loving something. 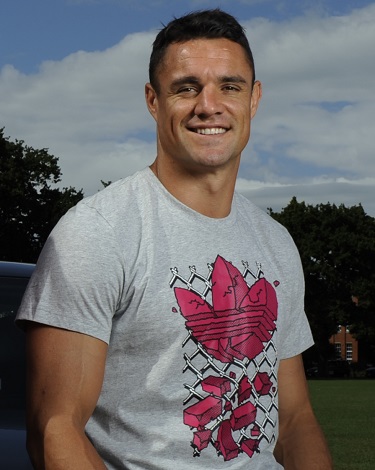 Without being too wishy-washy, what are principles regarding loving ‘a person’.

-    Caring for them.
-    Missing them if they are not around.
-    Feeling better as a person if they are around.
-    A state of constant (for the most part) happiness when with this person.
-    Knowing that no matter what, you will always have that person.

So using those theories, how would you love rugby?

-    Caring for the sport, not just performing on the field, but doing your part to ensure that game, the community and fans watch you perform to the best of your ability. You care about your game and don’t want to let anyone down.
-    A weekend off from playing you say coach? NO!!! An eagerness to play and train as much as possible, for you miss rugby if you aren’t playing.
-    Knowing that qualities you are putting into place on the rugby field makes you a stronger person off.
-    Playing rugby? Nothing makes me happier, except cooking for the family of course…
-    Many a bad week has been emphatically put aside with a resounding victory at the game. There is a fair amount of comfort and excitement knowing that a big game of rugby is coming up.

All Blacks first five-eighth Dan Carter is clear on this.

“It is all about enjoyment, if you don’t enjoy something it will be a lot harder to do. I absolutely just love what I do,” he said.

The giddiness in his voice is obvious.

But this isn’t a player earning his first cap, this is an individual who has played hundreds of games, over two centuries of these have been in All Blacks and Crusaders’ colours.

It is about also maintaining the enjoyment, whether you are six, 12 or 50.

“I enjoy my rugby as much now as I did as I did when I was six,” Carter said.

“But at that age you don’t want to take things too seriously, enjoy your rugby.”

Those final three words are a crucial part of enjoyment.

It is a process, and that will be a significant part of your growing love.

Take steps, try to master certain skills and learn what your speciality might be – most players will have certain advantages in some categories, be it stronger, faster or a greater ability to see the big picture on the field.

Then other goals can come.

For Carter, he is quite direct, there is a big drive to play a constant and uninterrupted part in the All Blacks upcoming World Cup campaign.

Goals, and ticking them off, as the most capped number ten in New Zealand’s history has done, only increases the love and prolongs that feeling that just forces a smile onto your face.

As for the final words, we will leave those to Dan.

“For me the big thing for me is that enjoyment, that excitement I feel when I play,” he said.

“Whether it be at professional or junior level, you need to love what you do.”