A Player From Another Code

How to manage the transition of a player from another code?

Benji Marshall wasn’t the first, and will not be the last, player to try their hand at rugby and find that arguably the most complex sport in the world isn’t as easy as it looks on television.

In theory, the switch from league to union seems like a relatively easy move, after all both codes have plenty of history together – while the basic concept of scoring tries and maintaining physical pressure exist in both games.

That is where the similarities end.

The set piece and ruck area are contestable in union, they are not in league.

Kicking is a crucial part of the fifteen’s game, it is not in league (until the fifth tackle).

There are no flankers in league, while the extra two players in defence is a major difference, a union defensive line often has multiple layers, while the league line usually is just the one wall.

Finally, and perhaps the most important element, is that union players need to play square and direct.

While running hard and straight is a component of league, playing laterally and probing the line are aspects of the thirteen man game that rarely work in union.

What we are trying to say, is that the rough similarities of the codes in some respects actually make it more difficult to transition.

There isn’t a real set formula, but let us look at some lessons from past switches:

- Often league forwards transition more effectively, their larger physical size and power gives them a point of difference, meaning that if there are moments on the rugby field when they are ‘lost’, at least they can tuck the ball under their arm and run forwards!
- There is no easy position on the rugby field, but the bulk of successful switches come when players start out wide.
- Multiple playing levels/environments are crucial when making the switch, never underestimate the jump from each level of rugby.

There are other factors to bear in mind, for any player or athlete wanting to try their hand at rugby with a grounding in another sport:

- Having goals is important, but keep a relevantly clear perspective, sometimes broadcasting that you will play in the All Blacks can set yourself up for a fall.
- Watch rugby via multiple mediums, catch a game on television and get down to a local club game, immersing yourself in the culture is a good start.
- There are other aspects, not directly related to rugby, that you can take care of yourself, such as the appropriate physical conditioning.

One of the most important lessons to remember that if you want to try your hand at rugby, you are a student. 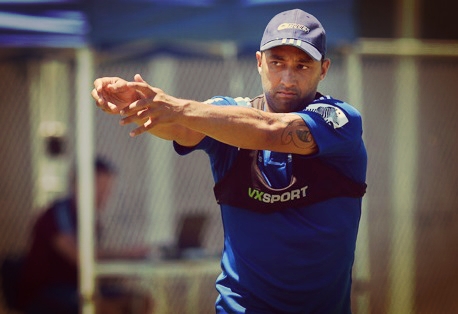 For example every coach who ever crossed paths with Sonny Bill Williams has remarked how many times he would scribble notes.

What about other codes?

Netball has proven to be a handy grounding for rugby players, especially in Sevens.

The awareness of space, the ability to transition from attack, and the speed of passing and safety of hands are aspects that netballers (and some basketball players) can bring to rugby.

Track and field athletes bring high levels of conditioning and speed to the table, while they have a grounded appreciation of intense training sessions.

In theory any elite sport’s person can shift to rugby, but make no mistake, it won’t be easy.

Finally, as a budding player wanting to make a switch, start setting your groundings immediately, and this just takes one training partner.

- Practice going to ground and having a player try to wrest possession off you, one of the greatest difficulties for newbies is the complexities of the breakdown.
- Become a habit breaker, if you are transitioning you will have plenty of traits from your ‘old sport’, make sure you begin forming new habits immediately.
- Catch and pass, catch and pass, catch and pass! No-one can play rugby without these skills.
- Learn as much as you can about running lines, angles and shifting play, there are more “tram tracks” in rugby than any other game.

Most importantly, never assume it will be easy.

If anything, the harder you make the challenge for yourself, the more work you will be prepared to put in.

The rest is up to you champ.