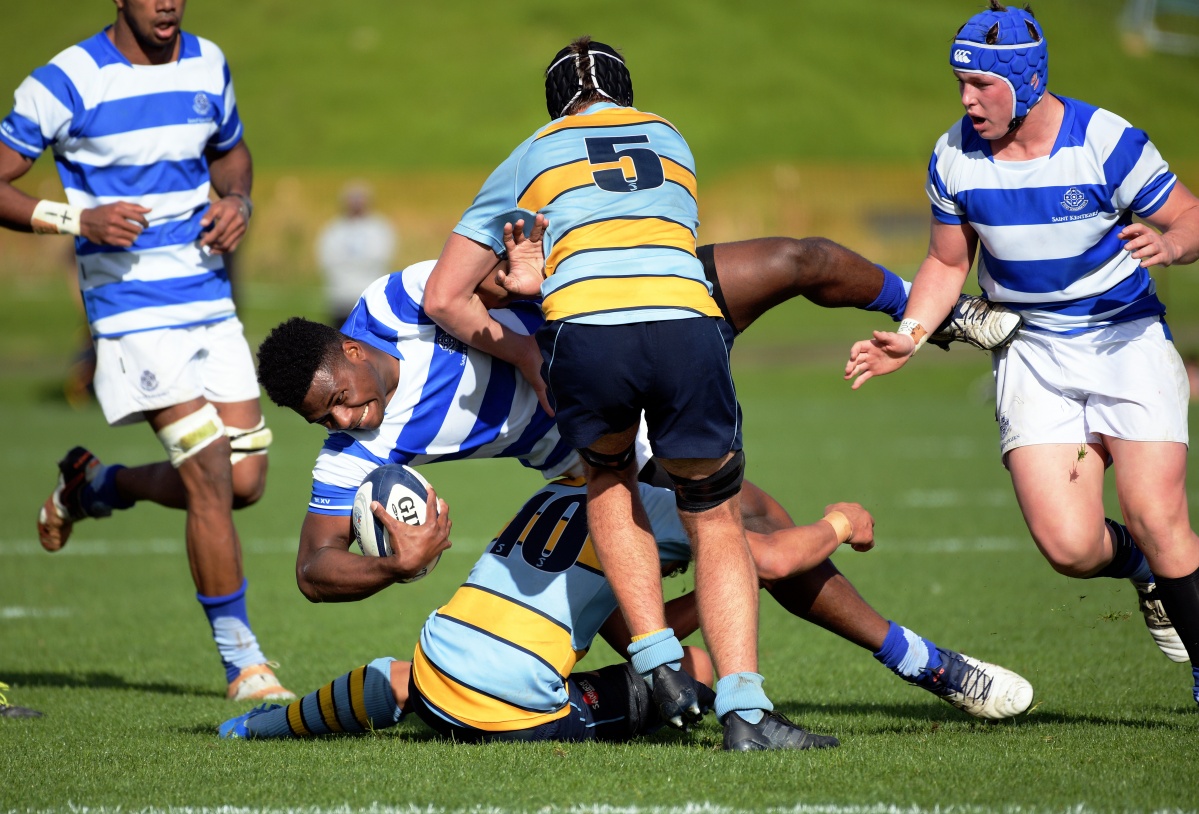 1. What must happen to a player who has committed foul play?
Answer: The player must be cautioned or temporarily suspended or sent off.

Obstruction
1. When two opponents are running for the ball what can they do?
Answer: Run shoulder to shoulder but they may not push or charge each other.

2. May an off-side player obstruct or interfere with an opponent?
Answer: No.

3. May a player prevent an opponent from tackling the ball carrier?
Answer: No.

4. May a player prevent an opponent from playing the ball?
Answer: No.

5. Can a ball carrier intentionally run into an off-side team-mate to obstruct the opposition?
Answer: No.

6. While the ball is dead, may a player obstruct or interfere with an opponent?
Answer: No.

Unfair Play
1. What must a player not do under “unfair play” law?
Answer: A. infringe any law of the game, B. intentionally knock, place, push or throw the ball from the playing area, C. do anything that will lead the match officials to believe that an opponent has infringed.
Sanction: PK
D. waste time (FK)

Repeated Infringements
1. May a team repeatedly commit the same offence?
Answer: No – PK.

2. May a player repeatedly infringe the laws?
Answer: No – PK.

3. What must the referee do when different players repeatedly commit the same offence?
Answer: Give a general caution to the team and if they then repeat the offence, the referee temporarily suspends the guilty player(s).

Dangerous Play
1. Can players do anything that is reckless or dangerous?
Answer: No.

2. What is abuse?
Answer: It can be physical or verbal – physical abuse includes biting, punching, contact with the eye(s), striking with the hand and/or arm, head, or knees, stamping, trampling, kicking or tripping.

3.How must a player not tackle an opponent?
Answer: Early, late or dangerously – dangerous tackling includes tackling above the shoulder line.

4. Can a player not is possession of the ball be tackled?
Answer: No.

5. When can a player be pushed, held, and/or obstructed?
Answer: At a scrum, ruck or maul.

6. How must a player charge or knock down an opponent?
Answer: By attempting to grasp the opponent.

7. May a player be tackled, pushed, charged or grasped if their feet are off the ground?
Answer: No.

8. May a player be lifted and then dropped or driven so their upper body, head or neck makes contact with the ground?
Answer: No.

10. What is considered dangerous play in a ruck or maul?
Answer: A. charging in without binding, B. contact with an opponent above the shoulder, C. intentionally collapsing the ruck or maul.

13. Can a player attempt to kick the ball out of the hands of a ball carrier?
Answer: No.

14. If a ball carrier hands off an opponent, how must this be done?
Answer: Without excessive force.

15. What must a player not do after an opponent has just kicked the ball?
Answer: Charge or obstruct the kicker.

16. In open play, may a player lift or support a team-mate?
Answer: Yes as long as that player/s lower the lifted player to the ground safely as soon as the ball is won by either team.

Misconduct
1. May a player do anything that is against good sportsmanship or the spirit of the game?
Answer: No.

2. Are players allowed to dispute the referee’s decisions?
Answer: No.

Yellow and Red Cards
1. What must a referee show when a player has been cautioned and temporarily suspended for 10 minutes?
Answer: A yellow card and if that same player subsequently commits another yellow card offence, the player must be sent off.

2. What must a referee show when a player is sent off?
Answer: A red card and this player must not return to the match or be replaced.