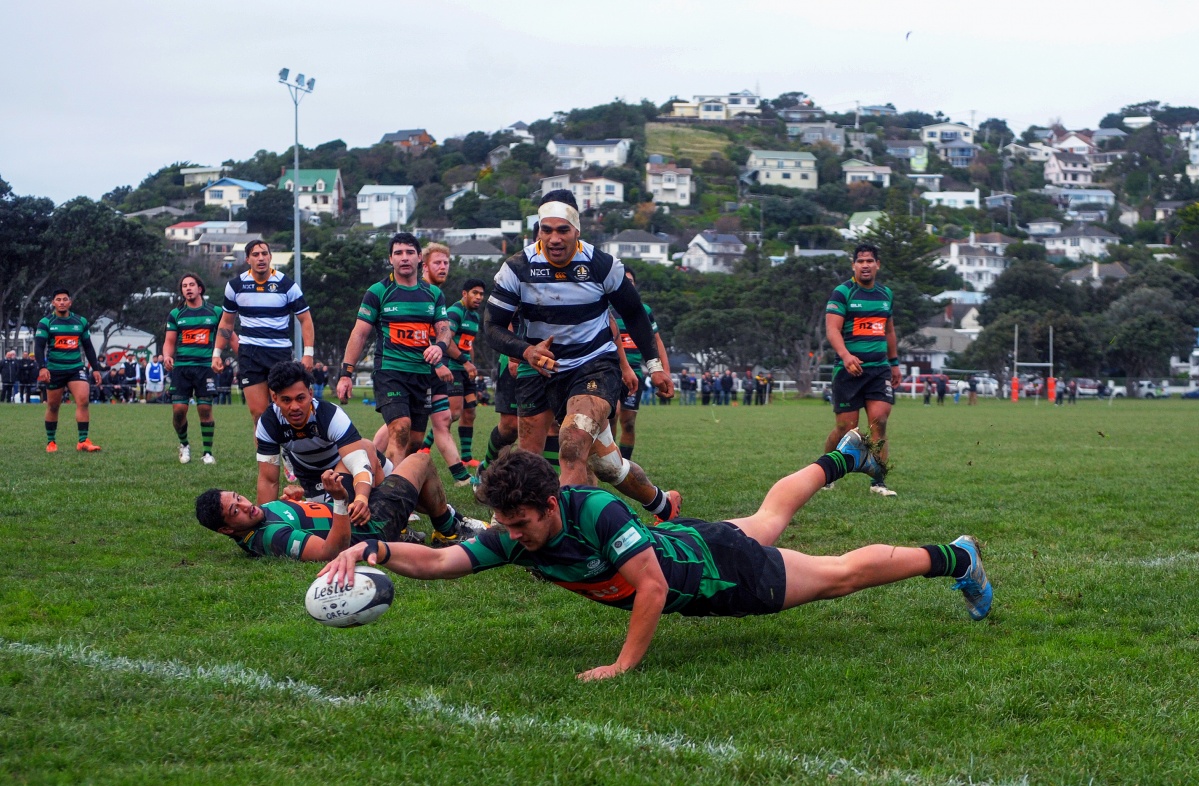 Grounding the Ball
1. How can the ball be grounded in in-goal?
Answer: A. by holding the ball and touching the ground with it, B. by pressing down on it with hand/s, arm/s, or front of the body from waist to neck.

2. Is picking up the ball in in-goal grounding it?
Answer: No.

3. What happens when an attacking player grounds the ball in in-goal?
Answer: A try is scored.

4. What happens if an attacking team player grounds the ball on the touch-in-goal line or dead ball line?
Answer: 22m drop out is awarded to the defending team.

5. What happens when a ball carrier grounds the ball in the in-goal and simultaneously makes contact with the touch line or ground beyond?
Answer: A lineout should be awarded to the opposition.

6. What should the referee rule if a defender grounds the ball in the in-goal?
Answer: A touch down.

7. Can a tackled player’s momentum carry them into in-goal where the ball can be grounded?
Answer: Yes.

8. May a tackled player near the goal-line reach out to ground the ball?
Answer: Yes, provided it is done immediately.

9. What should the referee rule if a defending team player grounds the ball against a goal post or the padding surrounding it?
Answer: Award a touch down.

10. Can a player in touch in-goal ground the ball for a touch down or a try?
Answer: Yes, as long as they do not hold the ball.

11. Can players pull the ball from a ball carrier who is in the act of grounding the ball?
Answer: Yes, as long as it is not kicked out.

Ball Kicked Dead Through In-Goal
1. What should the referee rule if the ball is kicked from the field of play into touch-in-goal or over the dead ball line?
Answer: The defending team choose A. to have a drop out 22 or B. have a scrum at the place where the ball was kicked.

Defending Player in In-Goal
1. If part of a defending player is in the in-goal, where are they considered to be?
Answer: In the in-goal.

2. If a player in the in-goal catches or licks up a ball that is still in the field of play, who has put the ball into in-goal?
Answer: The defending player.

3. If a player who is on or beyond the dead ball line or touch-in-goal line and there catches or picks up the ball, who has made the ball dead?
Answer: That player.

Corner Flag Post
1. What happens if the ball or a ball carrier touches a corner flag post?
Answer: play continues unless the ball is grounded against the post.

Ball Held Up In-Goal
1. What is the ball deemed to be if the ball or a player carrying it is held up in-in-goal?
Answer: Dead and play restarts with a scrum on the 5m line, in line with where play was stopped.

Doubt About Grounding
1. What should the referee rule if there is doubt about who grounded the ball in-in-goal?
Answer: Award a 5m scrum in line with the place where the ball was grounded.