What is the Blue Card?

Player welfare is a NZ Rugby’s priority which is why we’re introducing the Blue Card Concussion Initiative.
Concussion can be serious and requires proper rest and management.
Referees will issue a Blue Card to players who sustain a head knock during a rugby game and demonstrate symptoms of a concussion.
When issued with a Blue Card, the player must leave the field of play and can’t return during the match. 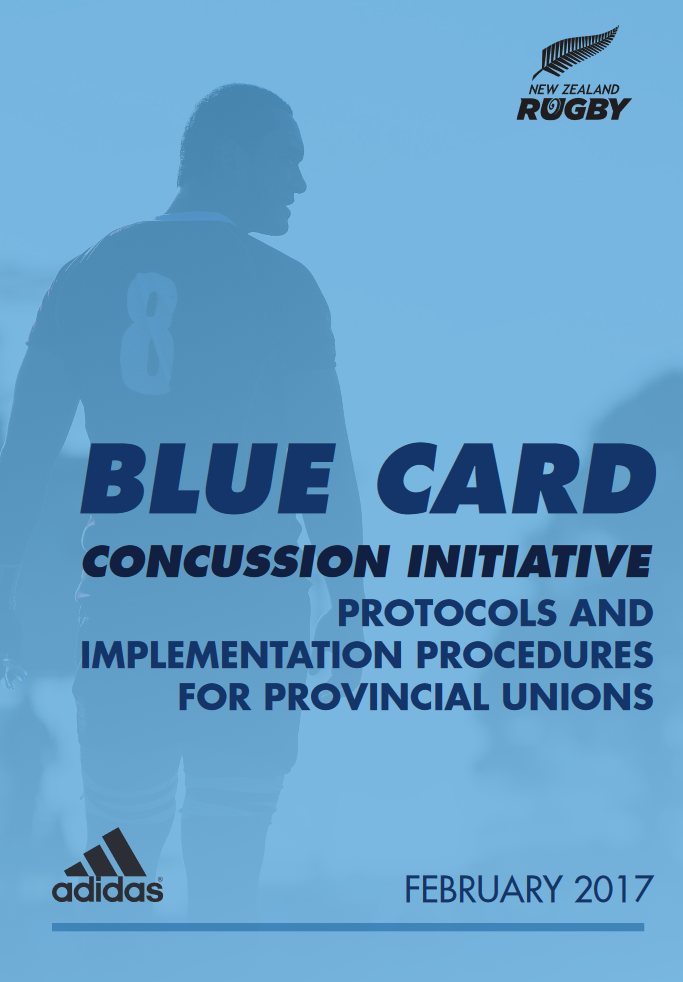 BEFORE THE GAME
Advise both team managers and the team captains that you are a qualified Blue Card referee and that the Blue Card Concussion Initiative is in place for the upcoming match.
DURING THE GAME
Record the name and jersey number of any player to whom you issue a Blue Card.
AFTER THE GAME
Record the issuing of the Blue Card on the official team sheet. Clearly record BCI (Blue Card Issued) next to the player/s name.
Complete a Serious Injury Report (clearly identifying player/s issued with Blue Card) and send it to the PU.