Rather than winning or losing games by playing as your opponents it is better to play to a pattern that better suits the talent that is available. In other words, identify the talents of the players that are available and develop patterns of play that suits them. 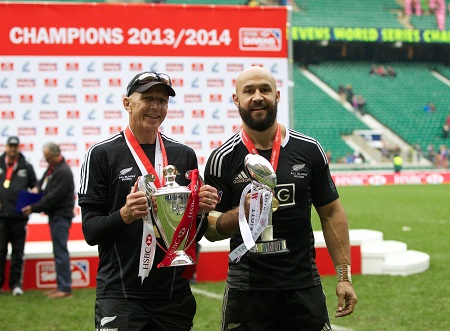 This involves selecting players that meet criteria and play to a pattern that better suits them.

All the “content” used to explain the selection process are just my examples all of which coaches can alter to suit the selection of players they have available.

Broadly speaking the criteria for selection in order of priority are:

Step One – Identify the aims of attack and defence:

Step Two - Decide on the Functional Roles of the players.

These are in 2 categories:

These roles have to be performed by all players depending on the situation.

So, judging “what is happening in front of you” becomes a vital, generic role followed playing the specific role that for the situation, the role that complements the roles being performed by team-mates.

Examples of Generic Roles – those that apply to all players depending on the situation.

Step Three – The Outcome for each functional role and the key factors that will result in the outcome being achieved.

This is a guide and coaches and selectors should follow the process but alter the 3 elements – Functional Roles, Outcomes and Key Factors – to suit the players they are selecting from and their patterns of play.

What I have explained is ideal and comprehensive. It will seldom apply completely to any team, but it will act as a guide to develop a pattern that will suit the squad.

Core Position Specific Functional Roles - there may be others:

Many of these roles have to be performed by other players depending on the situation.

The key skill that applies to all situations is for the player to see what is happening in front of him/her, selecting the role in greatest need and perform the role.

Of course, this can change immediately resulting in a new role becoming the most relevant.

1. Scrummagers in attack and defence:

Attack – To throw the ball in so that possession can be controlled and the best attacking option performed.

Outcomes: Apply pressure to prevent the best option being used.

Outcome: Play to a pre-planned option that best exploits the positioning of the defence by going forward as soon as possible.

2. Line-out players in attack and defensive

Outcome: Throw so that controlled possession is won. Keep the options simple.

Lifters – This applies to attack and defence.

Outcome: Co-ordinate the lift with the throw so that the ball is caught.

Outcome: Catch the ball and play the best attacking option.

Outcome: After delivering the ball play to an option that keeps as many attackers as possible in support of the ball carrier.

Outcomes: Take advantage of all defenders being able to move forward to take away the attacks time and space.

The sweepers could be called rovers. They should be the best players in the team with a range of abilities that enables them to enter play whenever they want to in a range of roles that will make a difference, to the best advantage.

There may be 1 or 2 sweepers. 2 is preferred and, when the attack plays right across the field the sweeper on that side can join the defence line in the wing position as there will still be a sweeper to field the kick option.

Defence: Be in a position to recover opposition kicks and counter attack and to quickly support the defence line when a tackle has been unsuccessful

Outcomes: Play to space where the attack has a numerical advantage

Outcome: To kick accurately to achieve the objective of the kick-off or the kick at goal. Penalties for points are  rare but conversions can be the difference.

Outcome: Assess the situation and perform the kicking option.

Generic Roles – those that apply to all players.

Outcome: Align so that play can be moved into and the defenders are both committed and threatened by the pace and evasive skills of the attack.

Passer - Only pass to a player in a better position.

Receiver – Position in space and depth to move into the ball.

Outcome: Accelerate through the space that has been created, to receive the ball and score or pass to support to continue play.

Outcome: Retain possession by reacting to the options of the ball carrier.

Outcome: Be in a position to receive a pass and to continue play going forward.

Outcome: Align so that play can be moved into and the ball carriers have limited options that are easier to defend.

Outcome: Complete the tackle so that possession can be contested and regained.

3. Support at the tackle

Outcome: Adjust to the play of the tackled ball carrier to regain possession of the ball.

Outcome: Reload to be in a position to move into play based on what is happening in front.

Technical skills and tactical decision making/ game sense have been used in the selection process.

For greater detail use: