THE ART OF COACHING SEVEN-A-SIDE RUGBY

In both Sevens and Fifteens Rugby coaches copy the pattern of play of the most successful teams.

The flaw in this approach is that it assumes that the team being coached has the same bundle of talent. Clearly it does not.

By copying the team is bound to be inferior. A follower at the best comes second. In reality in both versions of the game teams playing the same way as their opponents wins because of superior skill but, more often, it is the product of superior strength and conditioning with the winning team wearing their opponents down. 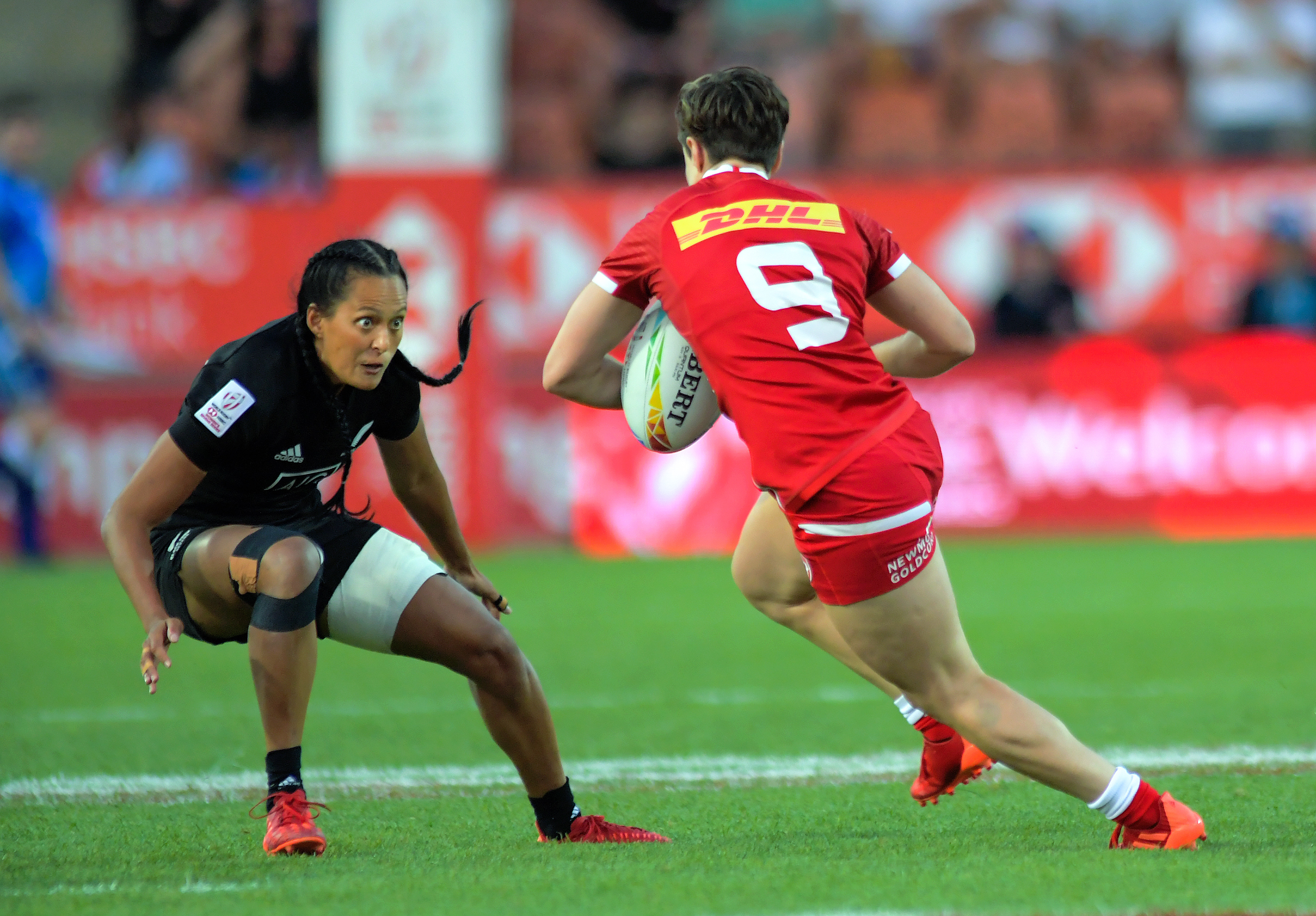 With more thought and planning this can be easier by producing an accurate profile of the team based on the principles of attack and defence. This also allows for greater specificity in skills, strength and conditioning and the other achievement strategies involved in team preparation.

As a blueprint we want to produce a generic pattern of play that is adapted by teams to fit their profile. This saves time because all the coaching staff and players need to do is modify them to suit in Sevens is as follows:

Going Forward in Attack and Defence From Kicking Off

Kick-offs are regarded as a way of starting the game with no greater outcome other than giving the ball to the opposition to attack.

The kicking team now becomes the defending team and moves forward aligned across the field so they can defend each member of the attack, the team now in possession.

In addition, the kicking team will have a sweeper, maybe two sweepers, to field a return kick should the receiving team use this option.

More likely the receiving team will pass the ball across the field jogging onto the ball each time it is passed, drifting across the field with the movement of the ball while at the same time not committing defenders who are free to use more than one tackler to tackle a ball carrier who attempts to penetrate especially those further along the line.

This applies to all forms of attack.

Given that there is a maximum of 7 in the attack line, they make long passes because the spacing between attackers is great, especially if numbers have been reduced by players grouping at scrum, line-out, ruck or maul. The time it takes to pass the ball not only allows the defence to drift with the movement of the ball and the attacker’s running line. But they can get ahead of attackers closer to the ball so they are able to prevent passes being made or they can intercept the ball and attack.

The pattern is to pass the ball across the field and to then reverse the attack passing back in the opposite direction with the attack reloading i.e. dropping back so that they are able to run onto the ball when it is passed to them while the defence maintains their alignment behind the off-side line to defend each attacker. They will not have to reload if the game continues in general play as there is no offside line.

This means that the defence can contact the attack on the attack’s side of the “imaginary” gain line. Imaginary because without a post tackle/ ruck or a maul, no gain line or offside line exists.

The attack is forced to try and penetrate but given the lack of space this usually results in contact; a tackle and an offside line being created at the hindmost foot giving the attack more space.

At the tackle the defence will commit as few as possible to complete the tackle. Should support for the ball carrier arrive late the tackler or another defender may regain possession so long as they keep within the Law.

The best option is for one tackler completing the tackle and the turnover.

The other option that can lead to a turnover occurs when a maul is formed, the defence committing greater numbers preventing the attack from releasing the ball.

Whether the attack is reversed without contact or following contact the attack is usually too flat to develop forward momentum. They once again compensate by drifting with the pass with the consequences as have been described above.

The defence will be very effective. This is compounded by the attack committing greater numbers than the defence at the breakdown to retain possession,

If the attack retains possession the pattern is usually lateral with the ball going back and forth across the field.

It is here that the attack has to rely on superior “one-on-one” skills – evasion, speed, strength etc. – to penetrate.

If a ball carrier does penetrate the spread of the remaining attackers across the field means that there will be little support. While they may have the speed to support there is a reluctance to do so as they think it best to retain their lateral position across the field.

The defence will be forced to commit defenders to stop the ball carrier and the lack of support enables the defence to slow play down and, even, regain possession.

Now that the defence has regained the ball, they are now the attack and the pattern will be very much the same as their opponents.

Should the defence not have a sweeper the attack may use “kick and chase”. This is often used when a ball carrier makes progress but lacks support with the defence converging and is unlikely to score.

From scrums and line-outs, the less numerous set pieces, the pattern is very much the same with the ball passed laterally and the need for the 4 players involved in the scrum and line-out having to reload into the attack line in time to be in play when play is reversed after playing to the far edge of the attacking line.

In terms of space and numbers in play the defence has the advantage with all 7 players being able to move forward as the ball is in front of them.

Application of the Principles of Attack and Defence